My Letter to Snow White (Revised)

I wish I could say you weren’t my favorite as a kid. That I was way more into Belle or Jasmine or Mulan.

But, let’s be honest – I had your doll, I had your dwarves, I dressed up as you for Halloween three times. You were my girl.

I’ve been thinking about you recently for a few reasons:

And…yeah. It’s hard to argue with that.

Snow, your story may be hopeful and positive, but I’ll admit it isn’t empowering. You were a victim in your own story. A victim whose goodness and helpfulness attracted help to her, and who definitely deserved a happy ending, but still.

It makes me wonder how much you and your values affected the way I am now.

I’m not a competitive person. I don’t like conflict. I’ve burst into tears when someone else was getting yelled that. I tend to step out of the way for others when I see they want something more than me.

While I’m generally happy with who I am, I can’t deny that being nice and conflict-averse isn’t always  good for me. I don’t know how much of it is me and how much is conditioning.

And worst of all? I’m afraid all this will hurt my ability to write strong characters that can help girls and boys grow in the future.

Snow having a good cry. I feel you, girl.

Of course there are other heroines who I can turn to who have affected me profoundly, like Hermione Granger, Elizabeth Bennet, and Jane Eyre.

But you, who I so related to, who is so often written off as foolish, small, and childish – maybe I need to believe you could be more.

I know, wrong movie, but I had to!

See, here’s what the big problem is:

It’s not so much that you’re the victim, or that your strength is your kindness.

It’s that we see you rescued from your situation, and then the movie ends.

Because a lot of stories start the way yours did – the protagonist as a victim of circumstance, who needs to be rescued. Harry in the cupboard by Jim Kay

Harry Potter was only three years younger than you, and in just as impossible a situation, before Hagrid knocked the door down and gave him his letter to Hogwarts. Any prior resistance was accidental magic, or swiftly reprimanded and rendered useless. 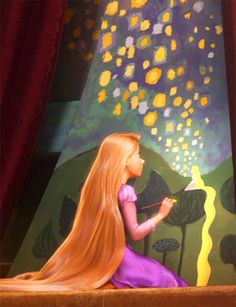 And while Rapunzel in Tangled, a fellow Disney princess, did quite a bit more to get out of her situation, it still took Flynn’s arrival for her to really consider leaving her tower without permission. Because Mother Gothel had convinced her she could never do it on her own.

(Your stepmother probably applied a similar tactic to you.)

They both went off with near strangers they’d just met to get out of their situations, so their escapes weren’t much different from yours.

The thing is, we can’t always be the heroes of our own stories. Sometimes, we are the victims. Or at least, we start out that way.

But Harry and Rapunzel are considered whole, strong characters because we got to see what they learned after being rescued, and we saw them apply it to their world. Having been hurt for years, they became forces for good and role models for all who come from bad situations.

So, after waking from your sleep, after learning your kind and trusting nature nearly killed you – to the degree that your friends put you in a coffin – and finding yourself empowered in a way you hadn’t experienced for years (if ever)…

I’d like to think you kept your kindness, your grace. But while you had to rely on wishes and songs while growing up under your stepmother, perhaps you realized it could no longer be enough.

While you still kept your basic faith in people, you could see now that people were able to use your faith against you (not unlike Jane Austen’s Catherine Morland).

So maybe you learned to apply your virtues with wisdom. If you happened to find skill in swords or archery, that would, admittedly, be cool. But perhaps you found it more important to learn diplomacy, how to take care of a kingdom. 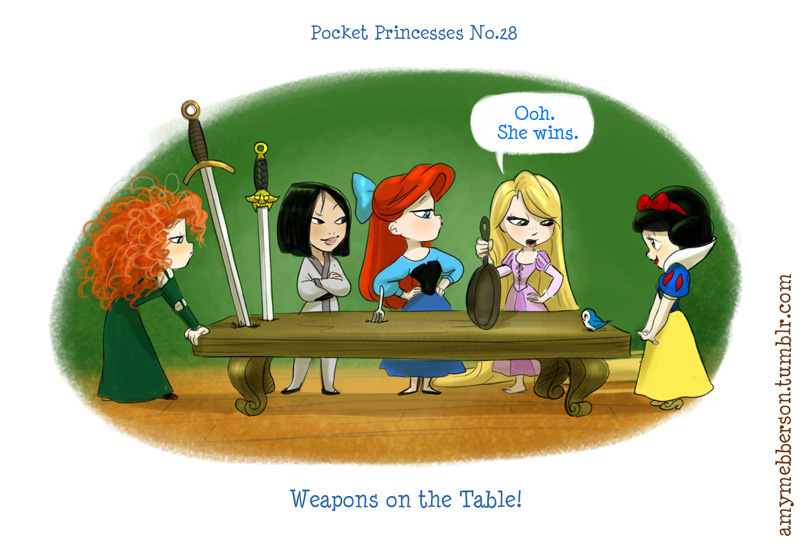 Though you weren’t allowed to learn such things under your stepmother, you found you were naturally resourceful and good at deliberating tasks (as when you instructed the animals and dwarves with cleanliness).

See? She knows how to manage a team!

And maybe, once you found something to care for, that’s when you found your inner strength. Because you were always at your best when you were helping others.

Like Rapunzel, I think you would be a princess worth waiting for, your past preparing you to protect and guide others. And as queen – because so many forget princesses become queens – I can see you guiding your king and his kingdom with kindness and wisdom. And, as Albus Dumbledore proved time and again, that is a powerful combination.

Of course, maybe this is all just wishful thinking. But what can I say, I’m hopeful.

I learned from the best.

3 Things Ghosts Stories Have Taught Me

What Thomas Sanders’s Cartoon Therapy Teaches Us About Mental Wellness